Would you like to switch to the accessible version of this site?

Don't need the accessible version of this site?

Widely regarded as the greatest basketball player of all time, Michael Jordan led the NBA in scoring 10 times, was a 14 time all-star, and is now a member of the Basketball Hall of Fame. Former Chicago Bulls VP of Basketball Operations once stated he was "Simply the greatest to ever play the game of basketball. He is the one player that each young person in this league should emulate and aspire to become. His work ethic, drive, skill level and competitive spirit were unmatched.” One of the biggest things that made Jordan great was the ability to eliminate any potential weaknesses in his game. He found that Chiropractic care was part of this blueprint.

“I didn’t know how much I could improve until I started seeing a chiropractor. Since I’ve been in chiropractic, I’ve improved by leaps and bounds both mentally and physically,” said Jordan.

"I don't feel that stiffness in the entire midsection anymore. I haven't winced since I started this." These words could be spoken by any one of the thousands of people who receive chiropractic treatment each year, but in this case, they come from the mouth of third baseman Wade Boggs, the five time American League batting champion who now stars for the New York Yankees.

Boggs, who turns 39 (June 1997), received treatment from Craig Newman, DC, a chiropractor in Tampa, Florida. Before turning to Dr. Newman, Boggs had suffered through severe back pain for nearly a decade. Years of rough play on the baseball diamond resulted in compression of a disc, causing nerve pain that sent Boggs into spasmodic fits of pain so intense that at times it was hard to even breathe.

After a season of painkillers, relaxants and acupuncture failed to alleviate the problem, and after a series of tests revealed no herniated or ruptured disc, Boggs was near the breaking point. "The muscle relaxants weren't working, the prednisone (a steroid-based drug) wasn't working, nothing was working anymore," the third baseman recalled. "My legs were like jelly."

Enter Dr. Newman, whom the Yankees asked to examine Boggs in January 1997. Dr. Newman's task was clear: to restore the future hall-of-famer's back to normal function. "I gave Craig an ultimatum," said Boggs. "Either get me to the point where I can be pain-free and play to the expectations I have for myself and do the things I did in the past, or that's it ..."

But after twice-a-week chiropractic care, Boggs no longer is heading for the whirlpool after the game, nor strapping the ice packs to his back. He is able to run, make the long throw to first, or slam out base hits without even a hint of pain. The revitalized Boggs, wishing to keep his form, convinced Dr. Newman to set up a chiropractic network so that he can receive adjustments in every city on the Yankees schedule.

Wade has become something of a spokesman for chiropractic. "I'm the torch-bearer here," he said. "Chiropractic is a sensitive subject with orthopedic doctors and trainers, because if it ain't torn or broken then there's nothing wrong. But when you invest millions and millions of dollars in players, you owe it to yourself to at least look at it."

No matter the public's opinion on the steroid scandal that marred his image, baseball great Barry Bonds finds Chiropractic care essential to his continued success on and off the field. 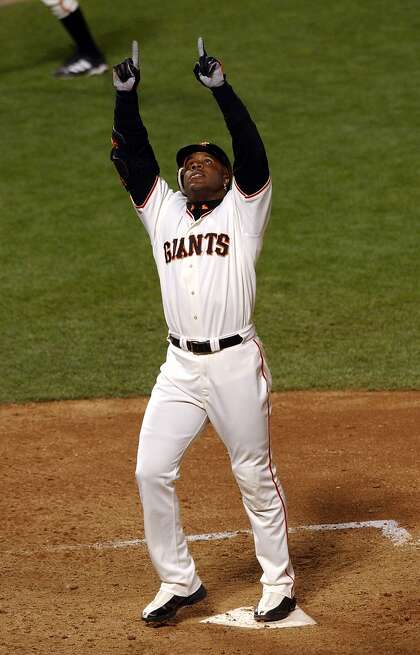 "A three-time winner of the National League's Most Valuable Player award, Barry Bonds plays in the outfield for the San Francisco Giants and brings home a significant paycheck: a little more than $11 million per season.

While in Arizona for spring training, the gifted athlete, in un-Bond-like clumsiness, tripped and fell down a flight of stairs in his rented home, landing on a marble floor and narrowly avoiding a grand piano. "I hit the floor with my hip and went straight down," he recalls.

When Giants head trainer Mark Letendre heard about the accident he called upon Dr. Alan Palmer of Scottsdale, Arizona, the team's consulting chiropractor during spring training. After Dr. Palmer's treatment, Bonds said that he felt better immediately, remarking, "The chiropractor helped out a lot. I feel 100 percent better ... I'm fine. I'm real fine." He underwent an MRI test later that day and has felt no ill side-effects since that time.

Like Wade Boggs, Bonds sees a benefit to receiving regular chiropractic care. "Your body is being treated like it is supposed to be treated (when you receive chiropractic care)," remarked the outfielder, who has received routine chiropractic treatments since joining the Giants in 1993. "I think it should be mandatory for athletes to see a chiropractor."

Can chiropractic care help those with chronic, terminal medical conditions? While not a cure, chiropractic adjustments can help decrease pain and improve quality of life for these people. Here is a transcribed testimonial from the “Montel Show” featuring host Montel Williams, who suffers from Multiple Sclerosis.

I’m not certain because I haven’t done the scientific research on it to know if this can work for everybody else out there, but I want to tell you I suffer from MS (multiple sclerosis), I have extreme neuralgic pain in the lower extremities, I’m in pain 24 hours a day seven days a week 365 days a year, and then I go to see this doctor, I’ve had pain in my feet, I’ve struggled with my balance, so Dr. Erica set me to see a man who I will tell you now, 12 days ago… and there’s not a person that knows me who will not confirm this, if you just ask them, everybody who sees me, I am walking differently, my pain is less, I have already regained strength in my left leg, my left leg has dropped because I found out that my pelvis was tilted, it’s dropped back down, they are now the same length, it’s the most amazing thing that has ever happened to me…”

Aaron Rodgers – “Performing at my best is important to me and should be to everyone. I am blessed that my dad is a Chiropractor. Getting adjusted regularly is part of my goal to win in life and on the field.”

Jack Lalanne – “The spine is the lifeline. A lot of people should go to a Chiropractor but they don’t know it.”

Sean Atkins, PhD, Exercise Physiologist – “I would estimate that at least 90% of world-class athletes use Chiropractic on a regular basis to prevent injuries and to improve their performance.”

Mel GIbson -“I got a chiropractor to come along to the [Patriot] shoot, because they can actually stick you back together within 15 minutes. He spent a week and worked on the entire crew. All the stunt guys were like, ‘Oh, fix my disc.’ The guy’s amazing.”

Cindy Crawford - “Once we had Presley and Kaia it was only natural to have regular chiropractic check-ups after they were born and go for regular check-ups to keep them healthy.”

Tiger Woods - "“Being a Chiropractor patient has really helped me immensely. It’s as important to my training as practicing my swing.”